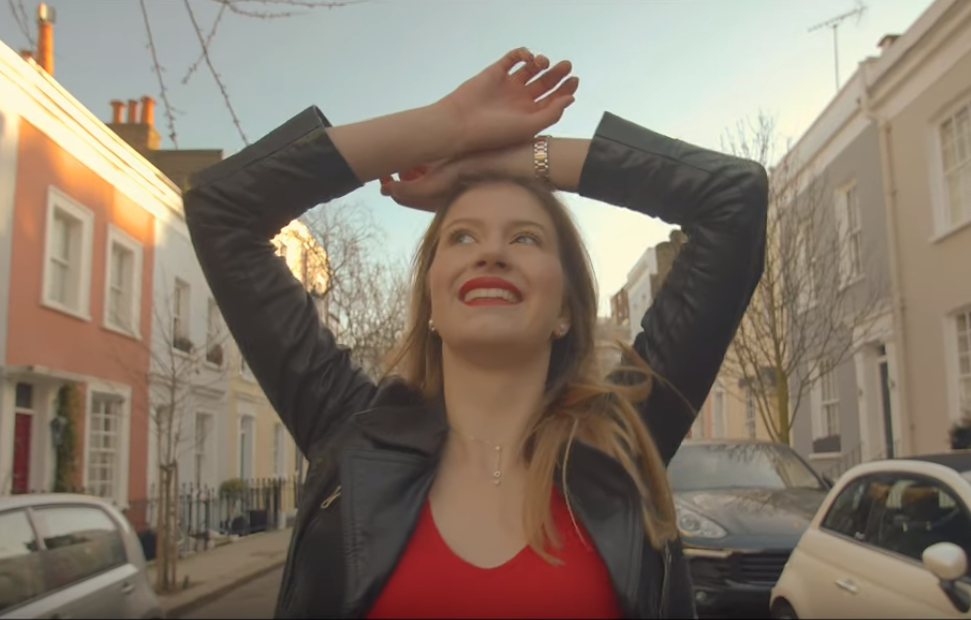 This song has been a long time coming and traveled far to get to your ears! It was composed years ago and has been an ever-present partner in just about every gig imaginable.

If you haven’t already, follow the YouTube link below to witness the World Premiere of this cheerful, catchy, feel-good, bouncy-beat tune:

Makes ya wanna go out and conquer the day, doesn’t it?!

For those who want “the inside scoop”, here’s how this ear-worm was born…

“Ellen” is actually the story of TWO girls.

The first, and primary inspiration, was the younger sister of a friend of mine named Jeff. He and I were working in Amsterdam, Holland together when he got a letter from back home in Tennessee. His parents told him that his li’l sis was moving out of their house for the first time.

Now, usually, that would be exciting, fun news. But as Jeff told me, he looked concerned. I soon heard why.

See, his sister has been mentally handicapped her entire life, and the family never DREAMED that she would ever be on her own anywhere. Everyone was concerned that this would just be too much for her, and were really worried.

But Jeff’s sister wouldn’t take no for an answer. She believed she COULD live on her own, and kept pushing ’til the family had no choice but to let her try.

This bravery, personal courage and unyielding desire to accomplish something in life was so inspiring… it just HAD to be a song.

Jeff… if you’re out there reading this… I need an update on your sister. I bet she’s probably hosting parties and barbecues and is the life of the Block Party!!

The second inspiration, which is where the title actually comes from, was simply from a Danish girl I had just met. Her name was… well, obviously, ELLEN. We had been enjoying each other’s company so I decided to name the song after her.

Hey, gimme a break… it got me a first date, so it WORKED!! LoL

The band members of this song always make me smile.

Each person that played on this tune are among the most positive, helpful, radiant and joyful people I’ve ever known.

Maybe that’s why the song comes across with such a strong dose of Vitamin “Wheeeeee!!”

Every time I pushed record on this one it was with laughter, expectation of greatness and a warm sense of community and musical FUN.

Nothing but gratitude to each of these incredibly gifted human beings whose “joie de vivre” now forever help to voice Ellen’s story. Can’t wait to play with you all again!!

The artful, colorful and story-driven arc of “Ellen”-s little film is the brainchild of Andrea Busco. Andrea lives in London, England, although he’s originally from Italy.

It’s Andrea’s great joy to bring music to further life and expand the meaning of songs through his inventive visuals.

Using a 4K HD camera setup, he clearly and artistically weaves together a blend of methods to open up further facets of understanding within a song, always using the lyrics as a springboard.

Anyone interested in working with a talented, professional videographer who’s reasonably-priced should check out Andrea’s business site by clicking THIS LINK immediately! He’s AWESOME!!

The Start of Something Great

“Ellen” is the first of many tunes to come. We already have at LEAST 18 other songs recorded and nearly ready for

Our new album is due for 2020 as well. You’ll see it on Spotify and the rest just as soon as we nail those final mixes.

In the meantime, expect to see quite a few videos from Andrea (and other skilled directors) bringing the songs of The Abacus Path to life in memorable ways.

If you like our music, we appreciate your help in spreading our melodies and stories far and wide. Like & subscribe. Share and discuss. Each day is an Abacus disc… so let us be the soundtrack as it slides on in… to our shared future together!